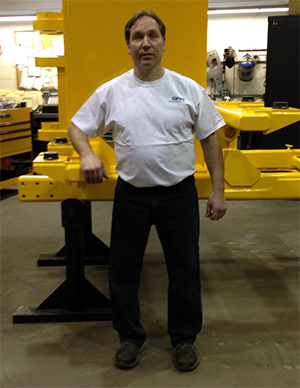 Kevin demonstrated his ability to trouble shoot the hydraulic and electrical systems, he also showed superior knowledge in the engine power for the Gill Beetle Drill. He was able to troubleshoot and diagnose high pressure air compressors which are essential to the down-the-hole drilling operation in both mining and construction.

When MSHA established that engineering controls be used to avoid overexposure to noise and dust in the drilling operations, Kevin contributed significantly in designing and building a new cab to meet these needs. Later on, his knowledge and expertise proved helpful in developing the second generation cab which was suited for improved comfort and visibility.

Due to his in depth understanding of the system and his conscientious attitude, Kevin is able to advise customers and help them avoid additional expenses when maintaining equipment.

This past year, Kevin has gone above and beyond, staying well past normal working hours to allow GRD to deliver Beetles on schedule. He has ensured very few delays in operation and is committed to ensuring GRD’s reliability and success.

For Randy May, owning a blast hole drilling company has been a dream come true. Randy, coowner of the recently formed Mine Drilling Services of Clearfield, PA, has a long history working with drillers and blasters in the quarry industry. It was not however, until he formed a partnership with long time business associate and friend, Grant Wise, that Randy was able to set out to serve regional customers with their blast hole drilling needs in Pennsylvania, Maryland, New York and surrounding areas. 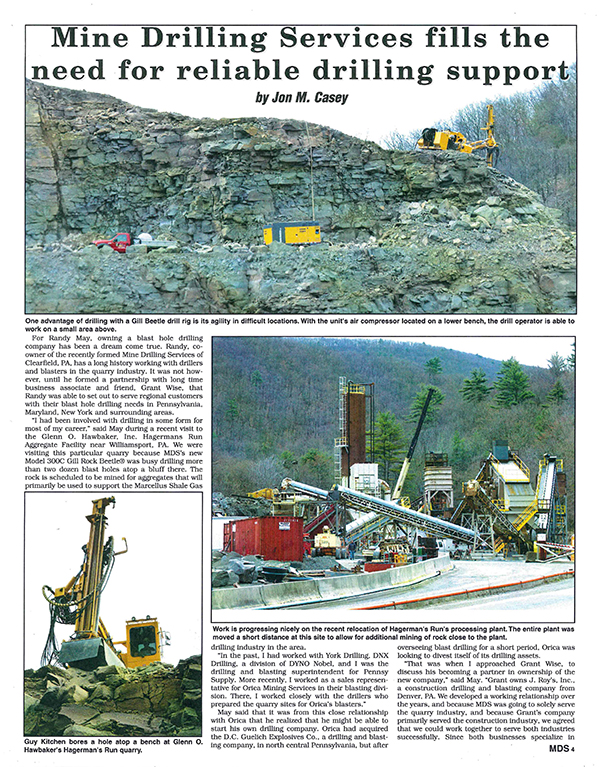 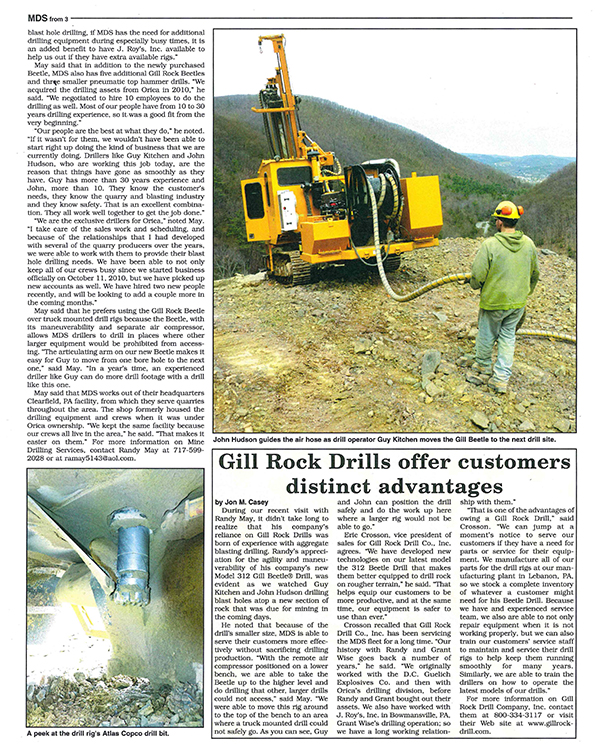 The rock-hungry Gill Beetle morphs into an even better drill for today’s budget-conscious contractor Ed Gill and his daughter, Debbie. Rock drills come in all shapes and sizes. But Ed Gill and his family-owned business, Gill Rock Drill in Lebanon, Pennsylvania, continues to focus attention to a drill that has stood the test of time for many years. It’s the Gill Beetle, a ground-dwelling species with a hearty appetite for rock. 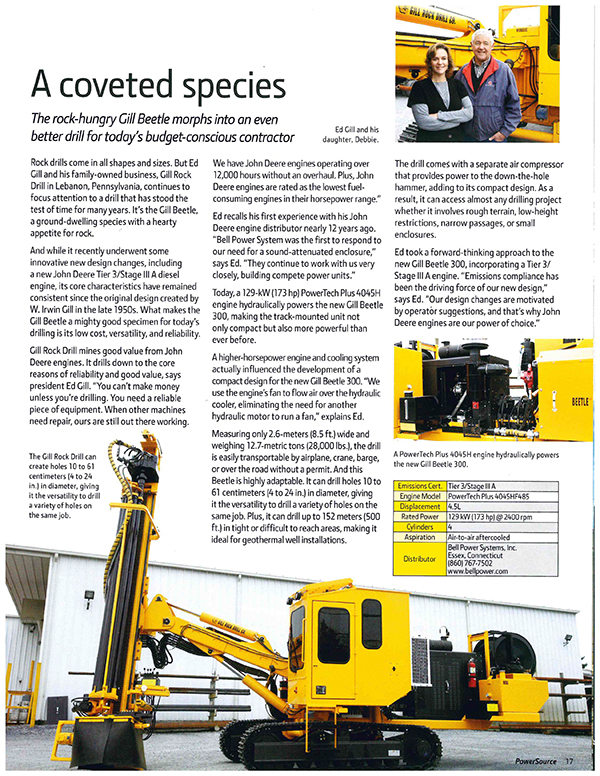 Feel free to call us or send a message, we will reply shortly
MENU